Authority Over Medical Practices—Something to Watch 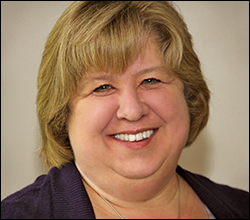 In the snow-covered fields of New Hampshire, things have been heating up for medical practices that reconstitute and infuse drugs. In November 2017, the New Hampshire Board of Pharmacy paid surprise inspections to several medical practices to review their compliance with US Pharmacopeial Convention Chapter 797 (USP 797) standards for sterile compounding.

Since that time, there has been a flurry of activity and discussion regarding the authority of the Board of Pharmacy to take such actions, the interpretation and definition of compounding and standards in different settings, and the role of pharmacy compounding standards. State legislators are aware of, and are following, these issues closely. The national and regional health plans (or payers) that cover New Hampshire are also weighing in, concerned about the impact on patients and about adverse consequences.

The Board of Pharmacy scheduled meetings to hear the concerns of the medical practices. An ad hoc coalition of interested parties, including payers, medical practices, legal teams, home infusion companies, and others, came together quickly to address these concerns. There is hope that the issues can be resolved with collaboration.

This story is not done, and I, along with my colleague Willis Triplett, PharmD, Senior Consultant of Specialty Pharmacy Services at D2 Consulting, continue to monitor the national and local implications of these actions, as well as support the ad hoc coalition in New Hampshire in its discussions with the New Hampshire Board of Pharmacy. Pharmacy standards—whether based on USP chapters, the US Food & Drug Administration, or the Centers for Disease Control and Prevention actions and guidance—are increasingly being discussed as having applications to those who practice human and veterinary medicine. Navigation of these standards is complex and is subject to widely variable interpretation.

The challenge for medical practices is significant. To date, only a handful of states have passed any legislation that applies pharmacy standards to medical practices, and neither California nor New Jersey has made public any actual standards for implementation, despite years in development. In Maryland, the governor signed a 2015 law repealing actions from the previous legislation and removing the authority of the pharmacy board there over medical practices.

The USP standards are not an absolute stable platform. Many boards of pharmacy have adopted USP chapters by reference, or portions of them by direct language, but not all. The USP has made no secret of the fact that USP 797 is about to undergo significant revision in 2018, and a new version will be published for public comment.

When practices are judged or inspected against regulations that are based on changing or impending standards, disruption in patient care and compliance costs are often adverse consequences.

Keep an eye on your local pharmacy boards, as I will be. In New Hampshire, the Board of Pharmacy appointed itself in its own regulations as having authority over medical practices. Many boards of medicine may take exception to that, but they may not have the staff to manage inspections and look for alternative sources.

Physicians order and administer drugs under their medical license. Only recently have questions been raised about whether state pharmacy boards, or even specialty pharmacies and pharmacy benefit managers, have the authority to step in and add a layer of oversight and management over medical practices.

This is an evolving issue, and one that is not going to go away. I encourage you to keep an eye on your own market area, and help us to monitor the national landscape.