Elderly patients (aged ≥60 years) with rheumatoid arthritis (RA) may be less likely to receive treatment with tumor necrosis factor (TNF) inhibitors than younger patients with RA because of concerns about comorbidities and adverse events. However, a new study by Soo-Kyung Cho, MD, PhD, Department of Rheumatology, Hanyang University Hospital for Rheumatic Diseases, Seoul, South Korea, and colleagues shows that elderly patients who are prescribed these drugs have retention rates comparable to those of younger patients (Cho SK, et al. BMC Musculoskelet Disord. 2016;17:333).

A second finding of this study was that causes for discontinuation of anti-TNF drugs differed by age-group. Specifically, older patients were more likely to discontinue TNF inhibitors because of adverse events, whereas younger patients discontinued these drugs more frequently because of ineffectiveness.

The retrospective study was based on data from 429 Korean patients with RA (totaling 838 patient-years) treated with TNF inhibitors who were enrolled in a biologic disease-modifying antirheumatic drug (DMARD) registry. Patients aged <60 years were categorized as younger (n = 322), and those aged ≥60 years were deemed elderly (n = 107). Elderly patients were more likely to be receiving lower doses of methotrexate and higher doses of glucocorticoids than younger patients, but these differences were not significant.

In the elderly cohort, the mean number of previous nonbiologic DMARDs used was significantly higher than in the younger group (4.4 vs 3.9; P = .01). The mean observational period was approximately 24 months for both groups. Observation began with the first dose of a TNF inhibitor, and stopped when the patient discontinued treatment, switched to another DMARD, was lost to follow-up, or died.

Regarding retention rates observed in this retrospective study, the presence of comorbidities showed a protective effect against TNF inhibitor discontinuation in elderly patients. Ms Cho and colleagues speculated that patients with RA and comorbidities who receive TNF inhibitors may be able to keep receiving treatment with biologics more easily because of the reduced need for medications such as glucocorticoids and immunosuppressive agents.

“Although this encouraging result is from a small number of elderly patients and a relatively short observation period, we could insist that certain selection criteria for TNF inhibitors in elderly RA patients are reasonable in real-world clinical practice,” the investigators stated.

“Further effort should [be] invested in identifying a strategy for appropriate selection of biological DMARDs for elderly RA patients,” they added. 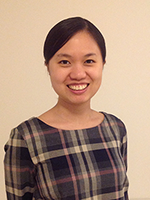 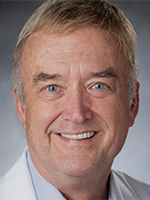 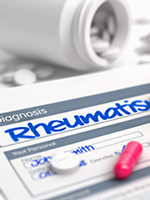 Adalimumab Biosimilar Shown to Be Safe and Effective in Patients with RA
Alice Goodman
VBCR - April 2018, Vol 7, No 1 published on April 17, 2018 in Rheumatoid Arthritis