Chimeric antigen receptor (CAR) T-cell therapy has been striking in various hematologic malignancies, and for the first time this treatment approach is being evaluated in multiple myeloma.

At ASH 2015, James N. Kochenderfer, MD, Experimental Transplantation and Immunology Branch, National Cancer Institute, presented the preliminary results from a phase 1 study in 12 patients who had received a median of 7 previous lines of therapy.

“We have demonstrated for the first time that CAR T-cells can have powerful activity against measurable multiple myeloma,” Dr Kochenderfer said.

The study evaluated 4 dose levels of CAR T-cell infusion, administered after a 3-day chemotherapy regimen to enhance the activity of the CAR T-cells.

“Anti-BCMA CAR T-cells eliminated plasma cells, and importantly, did not cause direct damage to essential organs,” Dr Kochenderfer reported. “Responses included an ongoing stringent complete remission in a patient with a high burden of chemotherapy-­resistant myeloma.”

The best responders, who were patients treated at the highest doses, also experienced the most toxicities, primarily severe cytokine release syndrome. Toxicity among the patients treated with the lowest 3 dose levels was mild.

For example, one patient had very chemotherapy-resistant disease, but his multiple myeloma cells were “rapidly eliminated” by CAR T-cell infusions.

“He obtained an ongoing stringent complete remission of chemotherapy-­resistant Ig [immunoglobulin] A myeloma after CAR-BCMA T-cell infusion,” said Dr Kochenderfer. “Multiple myeloma that made up more than 90% of Patient 10’s bone marrow cells was eliminated.”

The patient experienced cytokine release syndrome starting 4 hours after infusion, including fever, tachycardia, dyspnea, hypotension, and other complications, which resolved within 2 weeks.

A different patient also experienced significant toxicity but had a dramatic reduction in multiple myeloma cells and his M-protein levels are continuing to decrease.

Dr Kochenderfer said that the toxicity as a whole was “substantial, but reversible” and was similar to that seen in previous trials of CAR T-cells. 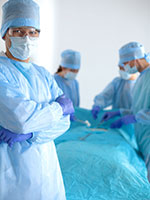